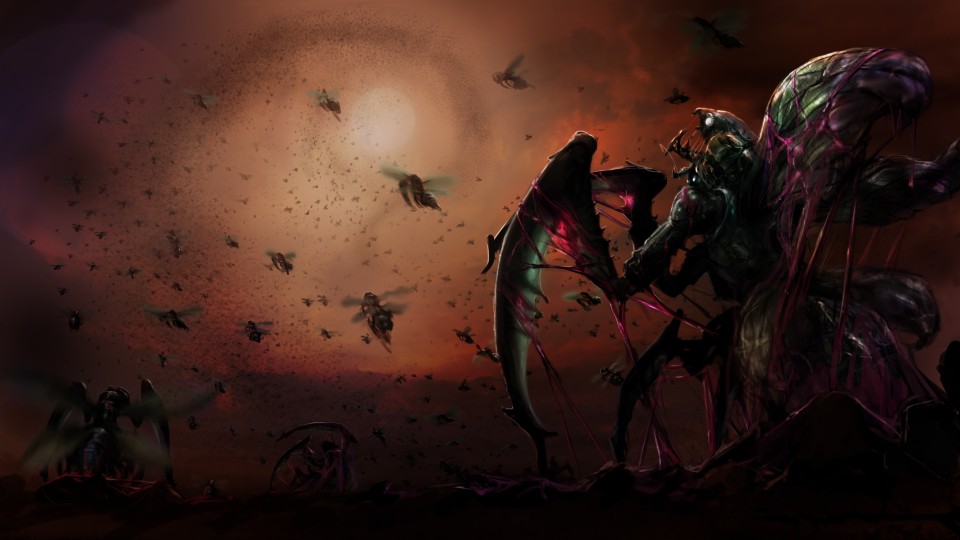 Are you a fan of bugs?! Lovely little spiky furry critters? All legs and claws and mandibles? You know the sort? They throw up on you to digest you! Except, well, there's a catch with this mission. They're not ordinary bugs, unless by ordinary you mean eight feet tall with acidic blood. I'm sure it'll be fine. There's nothing you can't fix with a flame thrower and a few well placed rocket propelled grenades. It's just a shame the colonists weren't so well equipped.

Don't go near that!
Awakening the Hive
Space Invaders
Space invaders battle
Spirits of the Lost Ark
A Gathering of Critters
Mosquitos of Unusual Size