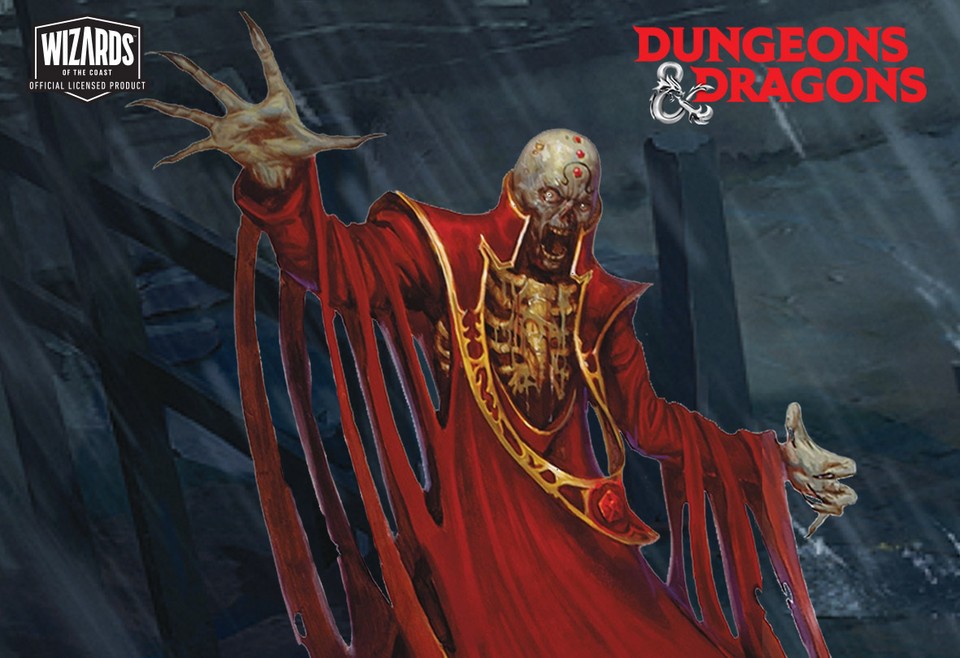 Syrinscape's Lich SoundSet brings you the complete horrifying experience of an encounter with this most (literally) dreadful of DUNGEONS & DRAGONS creatures.

The voice acting for this Lich was performed by Benjamin Loomes (the Syrinscape CEO) and processed with: pitch and formant shifts, octave doubling, and forward and reverse reverb, all working together to make the Lich's voice sound truly, out-of-time, perverted, and genuinely disturbing.

From the Monster Manual
A lich often haunts the abode it favored in life, such as a lonely tower, a haunted ruin, or an academy of black magic. Alternatively, some liches construct secret tombs filled with powerful guardians and traps.

Everything about a lich’s lair reflects its keen mind and wicked cunning, including the magic and mundane traps that secure it. Undead, constructs, and bound demons lurk in shadowy recesses, emerging to destroy those who dare to disturb the lich’s work.


This product is included for FREE with a SuperSyrin Subscription. Consider trying that out instead?

Death House backing
Heart beat music
Lich combat music
Lich lair music
Amber temple bangs
Amber temple hum
Reflections in amber
Hell cave
Wind whistly
Crumbling stone walls
Torch on wall
Campfire
Magical windchimes
Heartbeat
Lich combat vocals
Mad ramblings
Mad ramblings (delayed)
Duty is eternal death speech
Boom hit
Lich combat vocals (growls only)
Official D&D
Welcome
At last something interesting
Not so interesting after all
Yes
No
What?
Perhaps
I might do that
I will not do that
It's a deal
No deal
Laugh
Cough
Thank you
Get out
Duty is eternal
I can control skeletons
I used to be an adventurer
No rush
We all make sacrifices
Worship me!
You call ME proud?
You will serve
It's pronounced Lich
Lich combat taunt
Paralyzing touch
Frightening gaze
Disrupt life