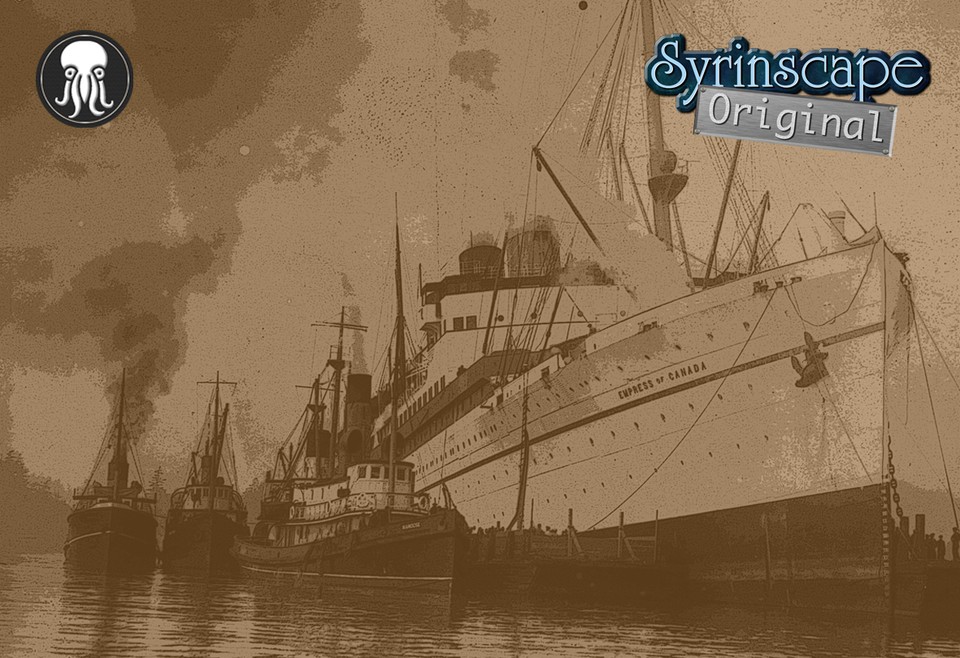 The waterfront was a rich and colorful place in the 1920's, full of people from far off lands, rich commerce, poverty crime, and sometimes a touch of... mystery and madness.

The Syrinscape Originals: Docks 1920 SoundSet brings you the immersive sounds of an English dock and goods station... everything you need to set the scene for a horrific encounter by the sea!

This SoundSet was imagined, compiled, designed, created, mixed and finished by Steve Barr of Syrinscape.com, using samples created by him and also the following list of samples from the collaborative Internet database of creative-commons licensed sounds freesound.org:

Music composed, performed and recorded by Benjamin Loomes for Syrinscape.

All weapons recorded and mastered by Benjamin Loomes for Syrinscape