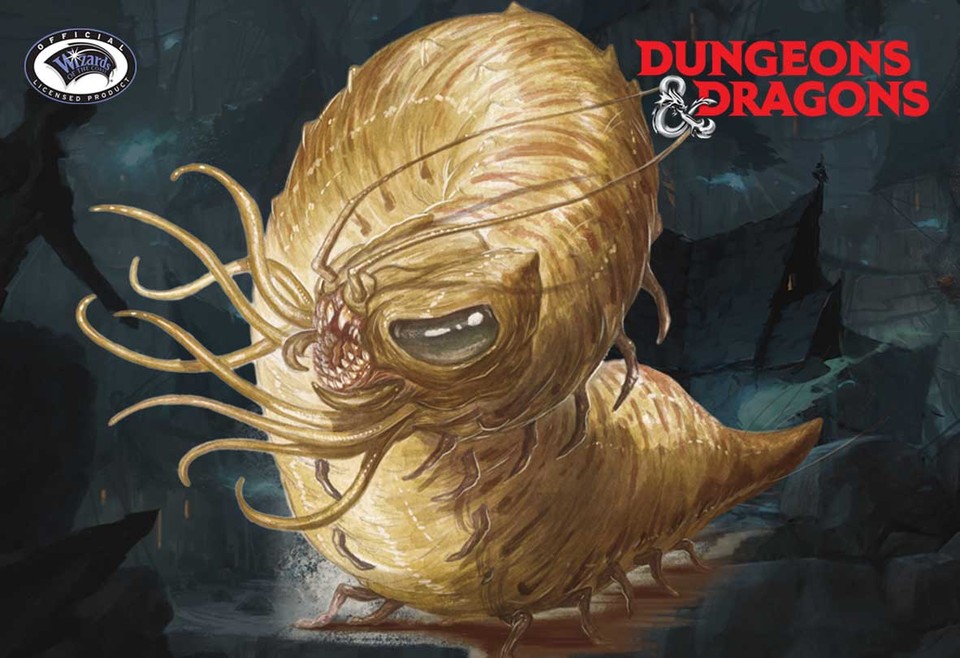 With sound elements such as: Tentacles, Tentacles (more), and Tentacles (hit), you'd think tentacles was a big part of how we were thinking about the sound design for this creature, but there's more! Don't forget: Crawler movement, Crawler noises, and Bites. It's a lovely creature really... Use this icky Syrinscape SoundSet to turn an encounter with this horrible aberration into something truly horrible.... so horrible in fact your Players will love you for it!

From the Monster Manual: Carrion crawlers scour putrid flesh from carcasses and gobble the slimy bones that remain. They aggressively attack any creature that trespasses on their territory or disturbs their feasting.

This SoundSet was imagined, compiled, designed, created, mixed and finished by Christian Koerding of syrinscape.com, using samples created by them and also the following list of samples from the collaborative Internet database of creative-commons licensed sounds freesound.org: