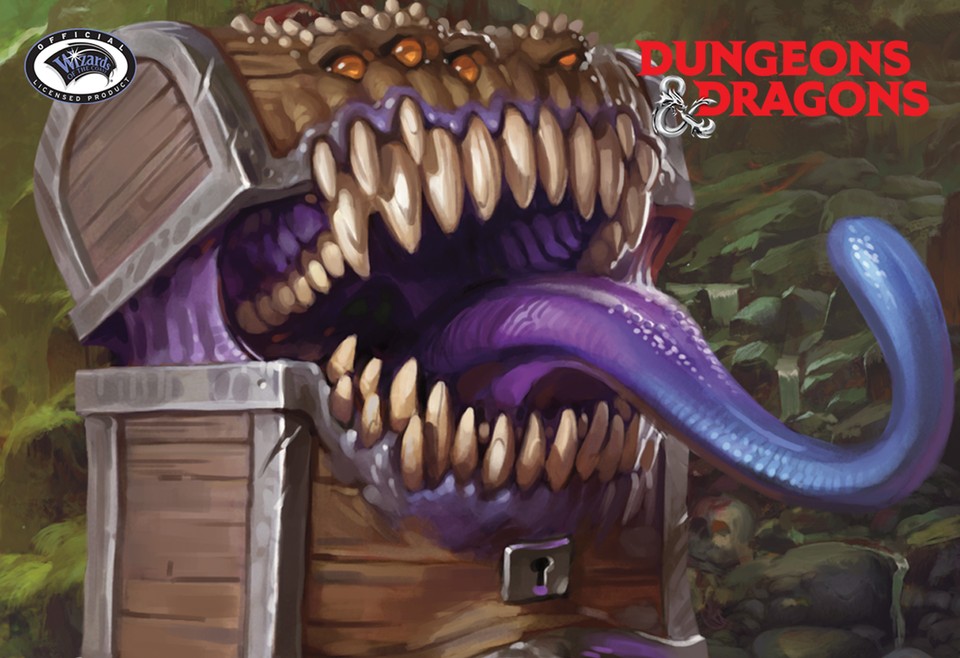 The Syrinscape "Mimic battle" SoundSet gives you everything you need to make your players nervous about every treasure chest they ever meet ever again. This quick moving, sharp fanged, aggressively temperamental creature comes to life in Syrinscape, with the sound of weird physical morphing attacks, weirdly articulated jaws, and even suspenseful music for before you spring your trap... to get your players 'in the mood'.

From the Monster Manual:
Mimics are shapeshifting predators able to take on the form of inanimate objects to lure creatures to their doom. In dungeons, these cunning creatures most often take the form of doors and chests, having learned that such forms attract a steady stream of prey.

This SoundSet was imagined, compiled, designed, created, mixed and finished by Benjamin Loomes of syrinscape.com, using samples created by them.

Music composed, performed and recorded by Benjamin Loomes for syrinscape.com